Behind every painting is an artist, and behind Nashville’s explosive expansion of luxury hotels, restaurants, cutting edge honky-tonks, celebrity homes and even the mecca of country music, The Grand Ole Opry House, is none other than Nashville’s Leading Premier Interior Designer, Kathy Anderson.

Until recently, Nashville has solely been known for its international title of MUSIC CITY, but now as the IT city continues to grow outward from its Music City roots, Nashville’s fabric is evolving into a higher-end epicenter that impacts the way its residents and visitors work and play every day.

So, naturally, when developers begin making plans for their next endeavor, Anderson Design Studio is their first call. One of those developers who recently called upon the creative design mind of Anderson was TriBridge Residential, responsible for the former Hammer Mill Factory turned Residential Apartments in East Germantown.

”We chose Kathy Anderson for our Hammer Mill project because she brings a different approach to interior design for multi-family development. Kathy’s experience in honky-tonks, hospitality and single family homes allows her to think outside the conventional box and bring really unique ideas to the project. We are excited about an eclectic and gathered design at Hammer Mill.” said TriBridge’s Vice President of Development, Katherine Mosely.

Anderson is no stranger to designing Music City’s nightlife landscape and with all of the celebri- ty honky-tonks slated to open this year and next, Alan Jackson’s ‘AJ’s Good Time Bar’ was on the top of her list for 2016.

Matt Harville, AJ’s General Manager, is glad Anderson was the creative eye behind this project, “Kathy beautifully brought Alan Jackson’s vision to life on Lower Broadway. You really feel like you get the opportunity to know Alan from the real pieces of his history that Kathy and her team have carefully displayed throughout our venue.”

Alan Jackson knew Anderson was the only designer he could count on to execute his classic country vision, “Kathy and I have worked together on various projects over the past 25 years. I have a lot of respect for her creative eye – whether it’s a Honky Tonk on Broadway or [my wife] Denise’s fancy bathroom.”

As Music City continues to grow Kathy Anderson and the Anderson Design Studio show no signs of slowing down, but continuing to design, create and truly shape the fabric of Nashville. Anderson is set to appear on America’s largest home improvement Television Network for their first time ever filming in Nashville, TN, this year. 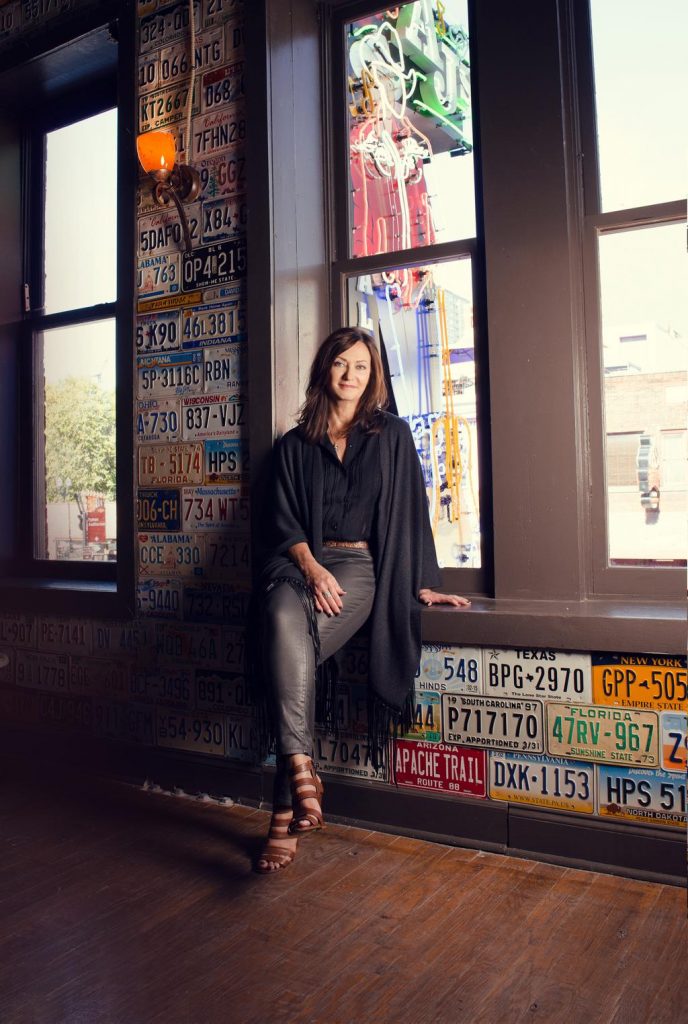