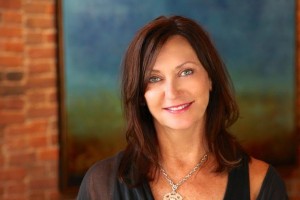 Kathy Anderson, IIDA, is the owner and Principal Interior Designer of Anderson Design Studio. She graduated from UCLA and after working in the design field for several major architectural firms, Kathy founded Anderson Design Studio in 1988. Through her talent and innovative leadership, she guides the ADS team in challenging each client and each other. A visit to any of the sites on her extensive list of both commercial and residential projects gives the sense that she is much more than a decorator. The term Interior Architecture more accurately describes how she analyzes the client’s needs and translates those needs to create a contemporary space of timeless quality. Her professional training includes programming, space planning, and detailed drawings that emphasize the architecture of the interior. Kathy is noted for her attention to the details that make a space unique such as texture, lighting, color, furnishings and functional ease.

Some of Kathy’s projects of note include Sinema Restaurant, The Cumberland public spaces, the Grand Ole Opry House backstage which has been featured on the ABC series “Nashville” as well as other Gaylord Entertainment projects including the Presidential Suites for the Gaylord Opryland Hotel in Nashville, Tennessee, the Gaylord Texan Hotel in Grapevine, Texas, and the Gaylord Palms Hotel in Orlando, Florida. Celebrity clients include Alan Jackson, Kid Rock, Josh Turner, Steve Winwood, Kix Brooks, and Ashley Judd.

Kathy has two sons, Elliott and Asher Anderson, and is married to David Malloy, a record producer and songwriter with 41 #1 hits and the creator of Teen Hoot. When not creating spaces, Kathy enjoys escaping to her favorite project which was created for her family on the little island of Isla Mujeres, Mexico.